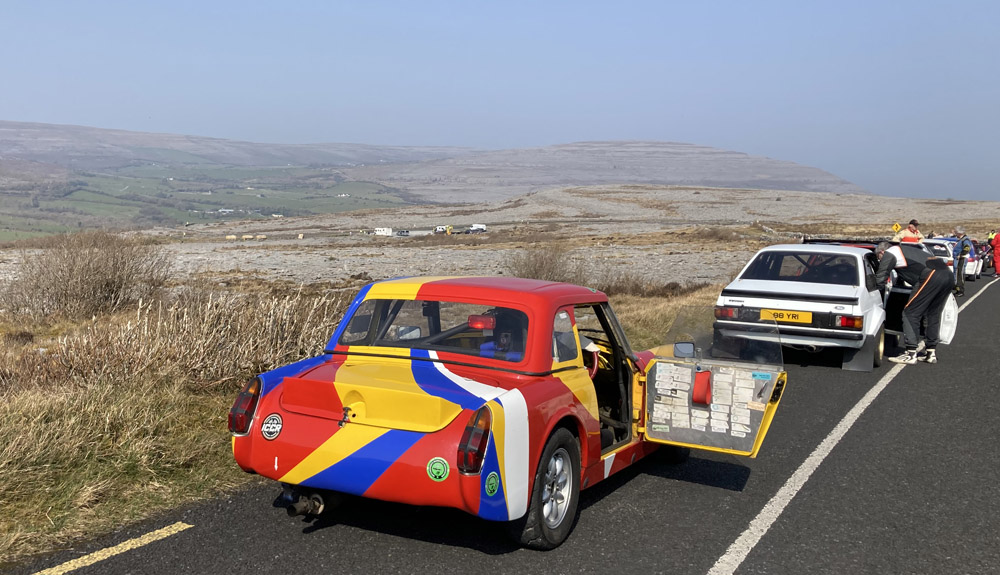 Reliability was good except Liam’s Modsport, first time out for some years, decided to break a half shaft on his last Saturday run
Ed just beat Ken in the pre-55’s – a close call all week-end
Wolfgang had a long battle with John Farrell’s Escort, finally holding him off by 0.2 seconds, John having as he said – one of the biggest spins ever, on his last run